Most important recipients (including top 3 individual countries, where relevant):

In 2019, Sweden’s bilateral DRM programmes provided support to 13 countries. Its largest bilateral programmes provided support to Afghanistan through the Afghanistan Reconstruction Trust Fund (ARTF), to developing the land tax system in Kosovo, to an institutional collaboration between the Swedish Tax Agency (STA) and Kenya Revenue Authority (KRA), and to developing the land tax system across Albania’s municipalities.

In addition, Sweden provides support to a range of international organisations on DRM-related issues, including the OECD’s BEPs process and the IMF’s Revenue Mobilisation Trust Fund.

As an EU member state, Sweden has made a concerted effort to comply with the 2015 Anti-Money Laundering EU Directive to combat illicit financial activity domestically and beyond. Since 2018, the majority of businesses in Sweden have been legally obligated to register beneficial ownership information with the Swedish Companies Registration Office. The Swedish Tax Agency (STA) is also an active participant in OECD’s Task Force on Tax Crimes and other crimes (TFTC).

In 2019, Sweden had exchange of information (EoI) relationships with 11 partner countries, and 3 further EoIs are being developed in alignment with international standards on EoI upon request. However, only one partner country is included in their Automatic Exchange of Information (AEoI) relationships on financial account data, and one partner country is included in their exchange network on Country-by-Country Reporting (CbCR). Sweden had 67 tax treaties that included the minimum standard on anti-treaty abuse provisions.

Since 2010 the Swedish International Development Agency (SIDA) has been exploring steps to eliminate tax exemptions on official development assistance (ODA) to partner countries, working with other donors on this issue and been undertaking reviews of the effects of tax exemption removals before signing bilateral agreements.

Sweden’s disbursements of ODA for DRM have fluctuated between 2015 and 2019, but have risen since 2018 and only a modest further increase is required to achieve a doubling of support since 2015.

There are no resources available. 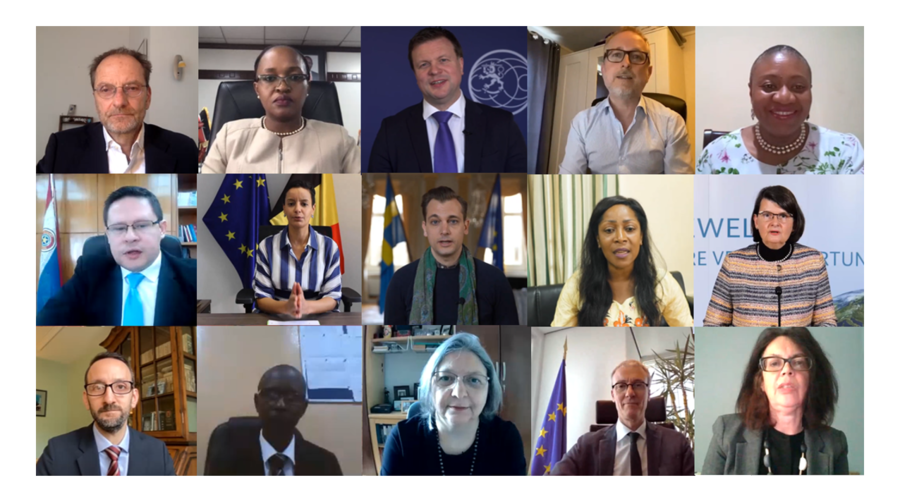 The high-level side event has heralded the new era for the partnership, accounting for new priorities as a means to foster equitable and efficient tax systems in the “Decade...